Visit Cyburbia, the largest city in virtual space. The city where Robots, AI and computer programs will become reality. Join your Robot and ready your program cards to compete in the Grand Arena for the ultimate cyber-trophy and become the Robogram Champion!

As cards and damage are dealt, players will also develop an understanding of how computer systems work. They will write programs and evaluate them together.

The tricks, terms and programs they learn to use in the game, will give them real-life advantages when it comes to understanding programming.

The game is asymmetric as the play style of the available Decks is unique.

Learn all about the rules in our amazing rulebook.

Game is based on the Robogram – programming card game.

We have a tiny team with a big dream, so feedback is vital for the development of the game.

We hope to work on this game for years to come and make something truly special. We have a good idea what would qualify as a 1.0 version of Robogram, but the game will be in Early Access for at least 1 year, could be longer.

What is the current state of the early access version?

We’ve reached the point in development where we feel ready to open the game up to the public. There are still a bunch of performance, design and visual issues and the game is far from perfect. Having said that the game is in a state where you can have some fun and try out the basic game mechanics. You are able to play a local game with two players.

What we are launching with:

How is the full version planned to differ from the early access version?

We are planning to at least add the following: 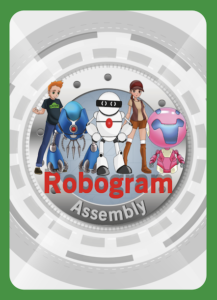 Assembly deck is under Development. Assembly deck represents a very-low-level programming language. It has very weak commands but they are very adaptable and not resource intensive. Robots of this kind have a huge memory. It is true this language deck ...
Read More 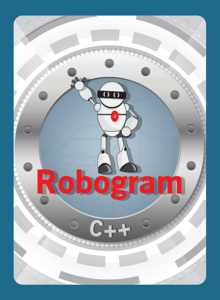 C++ Deck is very flexible. While the cards are not as strong individually, they can quickly add up to cause major damage. C++ Robots have plenty of memory so it easy to build up a very accurate program to break ...
Read More 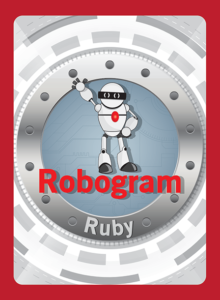 Ruby Deck very powerful commands which can easily break through firewalls without modifications. However, these commands resource intensive so robots of this kind have lower memory. To win you’ll need to use lots of Function and Object cards to create ...
Read More 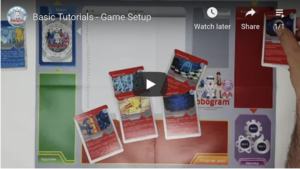 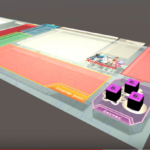 Here is our new Holo Electric Board! It is Awesome!  🙂 The old paper board was fine, but it was designed to the board game with all the limitation of paper and printing.  So when I got the chance to reimagine ... 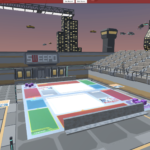 Quick progress update on Alpha 2.  I just add the first arena to the game where the Robogram matches will be played. The mini arena will give a more immersive experience especially for the future VR mode and story mode. ... 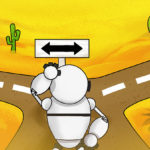 After releasing the first Alpha version, right away we jumped in on planing the next release.  Here is our plan for Alpha 2. I will try to do a  release monthly. Not absolutely sure we will have all the following, but I ... 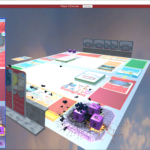 We made it! We got the first playable demo out.  It is so exciting. I looking forward to your feedback.  😉 Alpha 1 has playable offline 2 players game. It has 24 cards of C++ deck. Cards are identical to the printed version of the ...
This website uses cookies to improve your experience. We'll assume you're ok with this, but you can opt-out if you wish.Accept Read More
Privacy & Cookies Policy
Necessary Always Enabled